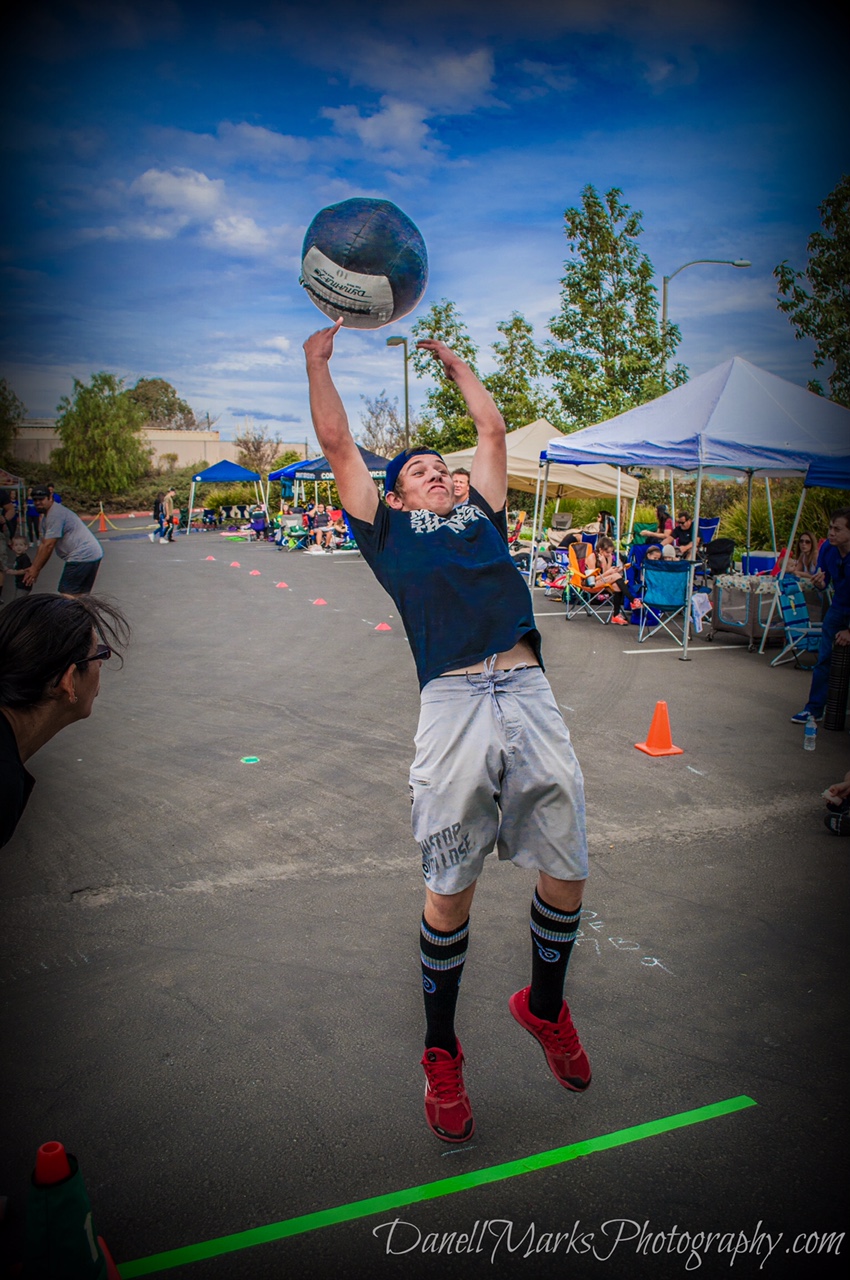 True movement fluency is attained through progressive practice and eventual mastery of the language of human movement.

Movement fluency can be defined as the ability to respond effortlessly and efficiently to any movement problem presented. You can think of it like having the worlds biggest reference library to draw upon.

Movement Gaps™ are exemplified by kids who have never had, or have lost their library card.

The young man, “F” age 10 and obese, politely watched the coach describe the movements to be practiced. Each child lined up to either step up or jump on a low 10” box, then reach for a pull up bar from which they would take turns swinging. When his turn came, The young man stood for a moment contemplating the box then put both hands around his right thigh to carefully lift the leg up and guide his foot onto the box. Stepping up onto a 10” box was not a movement he had experienced before, but he had created a movement solution to the problem.

Another youngster “J” age 13 wanted to come workout with his friends, being sporty, energetic and smart he knew that he could apply himself and excel. During his first class, the kids were all performing a variety of movements adjusted to their individual abilities. During the jumping portion, some kids were jumping to 24” boxes, some to 60” stacks of tires and some were starting with broad jumps. “J” could jump, but could not seem to link simultaneous launch of both feet together, or landing them together. It took four months of consistent practice to get both feet to launch and land together.

When “L” arrived in class as a 16 year old high level soccer player she knew she could handle all the work, and movement had always come easy to her. During warm ups and particularly squats she was frustrated to find the coaches very concerned about her feet, ankles and knees. She was the star of her travel team- what were they fussing about?

All of these children for one reason or another have developed what we call “Movement Gaps™” Specifically, they are missing the ability to move in expected fundamental ways, through lack of exposure to and repetition of foundational human positions and movements.

This is of course, in no way the fault of the children.

This is a cultural and societal aberration. It can be fixed, but first must be noted, and acknowledged so that corrective measures may be taken to begin to create enough change that children once again are given the opportunity to develop movement fluency.

The approach we have taken with teaching movement as a culture -is for the most part haphazard and often misdirected. We just assume humans know how to move and engage within their environment, that they learn to walk, run and jump somewhat naturally. We often overlay our own experiences of movement exposure as kids and assume all kids have the same opportunities and experiences.

Yet, Movement Gaps™ in youth are increasing every year. This should come as no surprise to coaches and trainers who have been working with youth. Increased sedentary behavior combined with lack of unstructured play, outdoor exploration and increased sports specific training have left massive gaps in what was a previously expected as natural and normal movement acquisition in our children.

A worthwhile analogy- is to look at movement as a language in a more detailed way. When teaching a language, we first build competence with letters, words, grammar, phrases, then sentences, paragraphs, increasing vocabulary and eventually fluency- over time. This process goes tragically off course when we take any child of any age and begin to sport specialize, prior to building foundational movement vocabulary.

The most common movement gaps we see are:

Lack of moving often causes additional problems with coordination, accuracy balance and agility. Leading to exercises within what were formerly assumed in common movement vernacular, that no longer can be assumed, including: Side shuffle, Jumping Jack, Plank Hold, Push up, Broad Jump, Skipping, Climbing 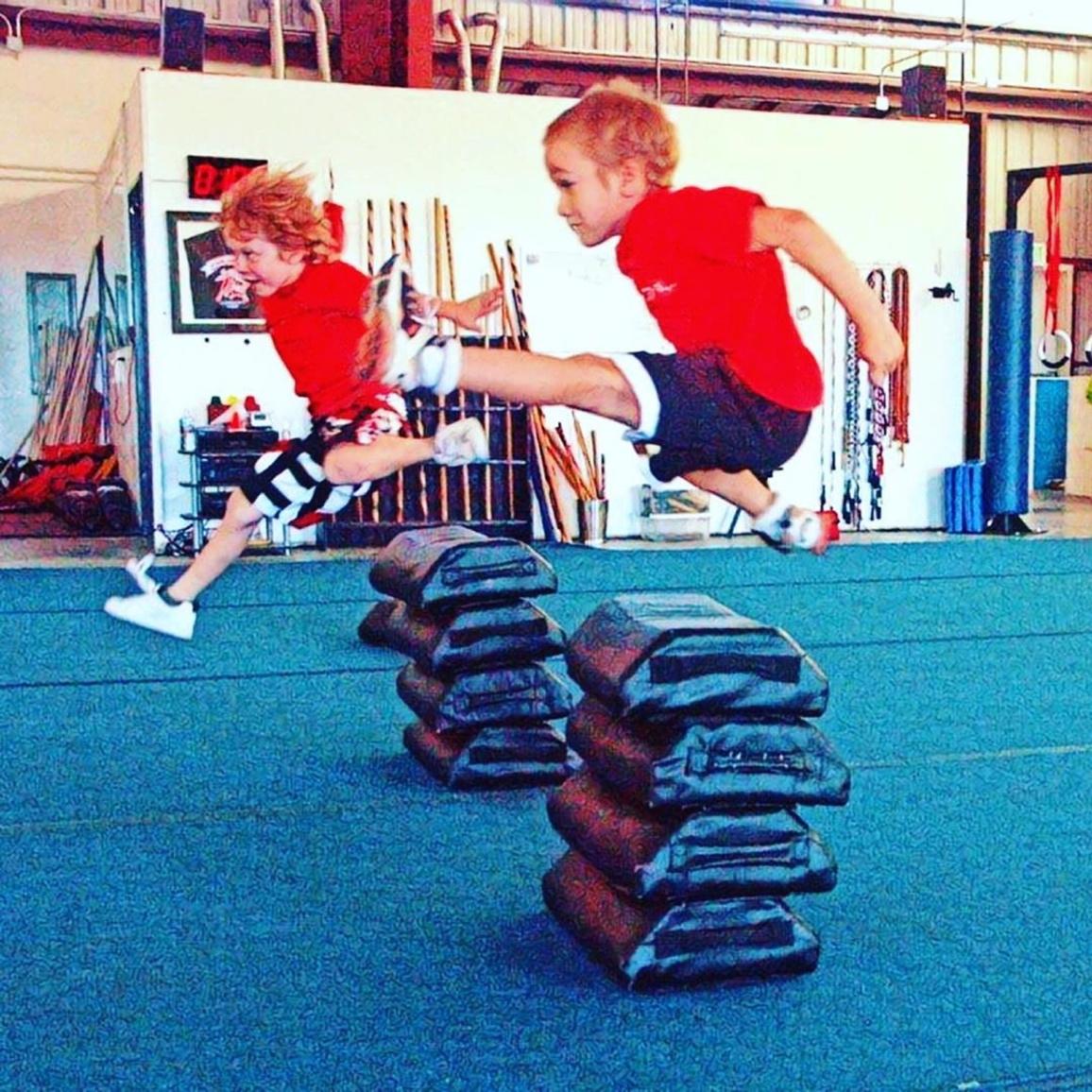 The situation is dire. We should not see 10 year old children who have never jumped, hurdled, skipped, rolled, hung from a branch or a bar, squatted down, pushed something over or away from themselves, grappled, glided, kicked, thrown, carried or lunged. Yet, sport specialized as well as sedentary children with Movement Gaps™ are becoming the norm, rather than the exception.

So let’s talk about re-building and creating opportunity for attaining movement fluency in our youth. Where to begin?

Understanding that each step could take years, and no steps should be skipped, with developmentally appropriate methods applied (bio-psycho-social) to the following outline.

In part two, we will dive into how Brand X® teaches the basic language to address these Movement Gaps™, putting youth on the path to movement fluency.