In late 2015, TBXM™ staff members were asked to read Bill Gifford’s Spring Chicken: Stay Young Forever or Die Trying. Pretty interesting exploration of a fitness-related topic—longevity—and easy to digest for those of us who know little or nothing about the subject. But creepy. I don’t know about the rest of y’all , but matter-of-fact acknowledgement of one’s inevitable expiration disturbs me. When I was only five, I realized that, someday, I was going to die. It struck me as a matter of fact. And it disturbed me. For years after that I was beset by a sometimes intense but always slithery death anxiety. Over time, this particular anxiety faded, replaced by other simmering fears, but recently, it has quietly begun to reassert itself. There, no there, somewhere in the dim recesses of my thoughts, the softest ticking, like a little mouse hunkered down in the darkness at the back of the pantry nibbling on a stray sunflower seed; a little mouse that once in a while growls long and deep at the light under the door.

Around the same time I was reading Gifford’s book, my wife began wandering deeper and deeper into the dense forest of nutrition science. She listened (and still does) to all kinds of podcasts from Robb Wolf, Dr. Rhonda Patrick (Found My Fitness), Chris Kresser, and STEM-Talk. (The sheer amount of sophisticated often conflicting scientific information out there is bewildering.) One person my wife heard was Peter Attia, who sparked her fascination with longevity. I suspect her interest is underwritten by her own fear of death, which might be exacerbated by a childhood promise of eternal damnation (although she’s been married to me for like ever, so I’m not sure why the prospect of a Roman Catholic hell would faze her).

In broad strokes, Attia’s take on longevity revolves around the ideas of lifespan (quantity) and healthspan (quality) and working toward optimizing both. Attia and Gifford discuss, among other factors, the role of nutrition in determining how one ages. Exercise too. Seemingly obvious, but not at all. Longevity is an extremely complex interaction of a multitude of variables, including luck. And at the end of it, you die anyway….

These guys, these educated, experienced scientific minds trying to decipher the code of—let’s face it—immortality and the way they’re all like Spock and shit when it comes to discussing aging and illness and decay and decrepitude and dying. But you wonder, you know, when the podcasts and interviews and lectures are done and all of their scrotum-boggling sesquipedalian articulateness is powered down for the day and they’re lying in bed in the middle of the night, what do they think about? Does every little noise, every faint rustle, sound like the soft sighing of Death’s moldering robes as the angel watches from the foot of the bed just biding its time? You wonder, right?

So, speaking of exercise, Attia, who is no stranger to barbells and high-intensity interval training, recently posted “How you move defines how you live” where he chats about movement preparation as one of his “hacks” for negotiating the pitfalls of modern living that conspire to cut us down early. He provides videos to demonstrate the prep, which is all fine and dandy, but what caught my eye was a prefatory remark he made rejecting social media posts of people—“super-humans” he calls them—performing spectacular physical feats. He wants something else:

“What we actually need are examples of how real people can be empowered to preserve muscle mass, move functionally, maintain freedom from pain, and be the best athletes of their lives. An ‘athlete-of-life’ can hip-hinge, squat, carry, shift, push, pull, rotate, and anti-rotate with confidence and fluidity. On a deeper level, one should also re-connect to their childhood movement patterns, before the toll of life and technology wreaked havoc. We need to re-learn how to roll, crawl, and hang, which are patterns that can release the ‘brakes’ from our everyday movement that sabotage strength and lead to pain and injury.”

He’s talking strength training and physical literacy. Change the terms “real people” (cuz unless there’s some indication that the super-humans in the video posts are CGI or alternative facts or something, they’re no less real than the rest of us schlubs) and “athlete-of-life” (say what?) to “regular people” and I see Attia calling for The Brand X Method™. We train people to acquire those strength-related skills while encouraging them to enhance their physical literacy inside and outside of the gym. We’ve been doing this for more than a dozen years. For many reasons, people are entering adulthood without these capacities, and, more concerning, we have observed a decline in the physical literacy of kids arriving at our gym.* Attia’s appeal for us to relearn these skills is legit and speaks directly to the impact of modern lifestyles on our general health and welfare. However, although I certainly support what he’s saying, I think we need to be making bolder statements than that.

Ultimately, The Brand X Method™ goal is to reach the point where adults no longer need to reconnect to their childhood movement patterns because they’ve never disconnected from them. We intend to move forward while harkening back to antiquity, prior to Cartesian dualism, which essentially separated mind from body.** Remember, beginning with our preschool program, TBXM™ teaches good movement in order to, among other things, instill a lifelong passion for sports and other physical activities. We want kids to remain physically active throughout their lives. Attia is suggesting that our mission might actually help extend those active lives too.***

I’ve seen firsthand medically extended lives that seem a purely intellectual enterprise on the part of doctors rigidly following the letter of the Hippocratic Oath. It wasn’t pretty; in fact, it was pretty awful.

There may be no better salve to death anxiety than the courage, sense of adventure, and capacity to remain fully engaged in life that comes with the competence, confidence, and mastery of physical literacy and physical fitness. 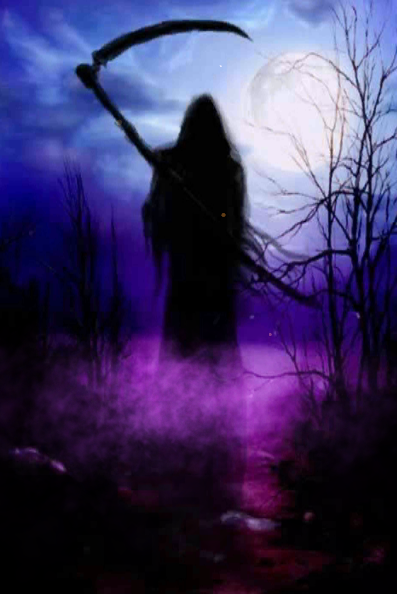 * I elaborate on this situation in the book I’m writing. Yes, I’m still writing the book—excruciatingly slowly, bird by bird—but it’s getting done…
** Rejecting Cartesian dualism is a key theoretical tenet of Whitehead’s (2010) physical literacy.
*** I wanted to describe this idea of optimal life- and healthspan as “positive longevity,” but my Spidey sense tingled so I researched the term before using it as my own. Positive longevity is already in play with at least one dude to describe a nonmedical “self-directed lifespan enhancing program involving wellness, healthy lifestyle, nutritional awareness, appropriate use of nutritional supplements, and effective lifespan coaching.” So-called graceful aging, which is a fine notion and not so different from what I’m chatting about here, but nonetheless not quite my tempo.