I hear that participation trophies are the very essence of evil.* Totems of the pussification of civilization, just one of the Devil’s many charms that have plunged us into a dark age of entitlement. The argument as I understand it is that kids should have to earn their trophies. Sounds reasonable to me, the idea that distinctions for excellence should be worked for and, more importantly, deserved. There’s just one problem I see with the collective rant against participation trophies: Y’all are barking up the wrong tree.

They’re participation trophies. They are what they say they are: trophies for participation. What? Kids shouldn’t be awarded for participation? Fair enough. Kids ought not be awarded just for participating. I’m good with that. Despite everyone being all up in arms about kids’ lack of physical activity. Despite all the hand wringing about how kids need to play outside more and how video games and smartphones and etc. are Beelzebub’s handiwork turning our kids into sedentary zombies. Sports participation is not trophy worthy. Agreed.

Over the years, my kid collected a slew of participation trophies, and not a single one is suggestive of any greater accomplishment than that he participated in a particular sport in a particular year. They are the smallest trophies your league registration fee can buy, made mostly of plastic. Never once did I witness a coach hand my kid one of these craptastic pieces of plastic and say, “With this I and the rest of creation dub thee champ, ace, MVP, all-star!” Never once did I point at the POS and say, “See this splendiferous prize? Means you’re special.” Never once did my kid hold up any one of these tokens and say, “Look at this! This makes me a god among squids!” Not even once.

I liken the participation trophy to the t-shirt you get when you sign up for a race. Some folks think that’s the best part about the race, don’t they? They wear these shirts everywhere, don’t they? And we all know that one dude with the faded 1998 La Jolla Half Marathon t-shirt, don’t we? My kid never hauled any of his participation trophies to the supermarket or school or the gym or the beach or wherever. Never. Not even once.

“But a t-shirt has a use beyond just being a memento of participation,” you say, plucking on your 20XX [insert annual race] Finisher shirt. True. So I suppose we could have a discussion about handing out t-shirts in lieu of trophies. A trophy is typically understood as a marker of victory or an achievement of some sort. As in, say, trophy wife, which is a prize earned and paraded around by a materially successful man and is sometimes made of plastic.

Participation trophies are silly; they clutter shelves and dresser tops and are forgotten about before they begin to gather dust. At least that’s my experience (and evidently this parent’s experience as well). Participation trophies are useless. More significantly they’re meaningless. Unless wound-up parents start imbuing them with meaning. Demonizing them as agents of some Adversary out there. Suddenly these insignificant trinkets are not silly. Suddenly they’re potent amulets infecting our children with the plague of inflated self-worth. Suddenly they distract us from the things in youth sports that we should really be ranting about.

How do we use sports as a means of helping our kids develop the intrinsic motivation to set goals and achieve them? How do we use sports to teach our kids that the real reward of hard work is the work itself? That the consequent improvements should be viewed as expected byproducts of hard work rather than as rewardable surprises?** How do we teach our kids the value of competition without exalting victory at all costs? How do we move away from the win-now mentality toward a perspective that fosters the kind of authentic long-term athletic development that prevents childhood sports injuries and encourages all kids to keep playing?

That’s a tough conversation to begin and an unpleasant can of worms to open. Far easier to set up a strawman like a participation trophy and shake a fist at it than to consider deconstructing the entire youth sports system and uncovering our own foibles at the foundation.

I wonder—and this is speculation—how many participation trophy haters also support the PONY Baseball rule that allows non-participating high school players to take all-star roster spots from the kids who did participate in the league. Just curious is all. 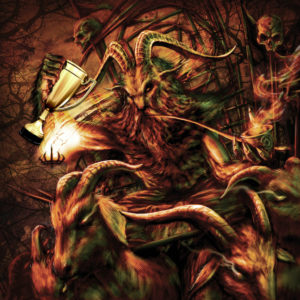 * NFL football player James Harrison made a bit of a splash about this last year. I get his position on the unearned trophy; I’m less convinced that kids who try their best aren’t entitled to anything. How about at least an acknowledgement for the effort?
** How many of you know parents who pay cold hard cash to their kids for hitting homeruns, scoring goals, getting A’s in school?