Unbullyable™ – The Toys of Summer, Part 2 – The Brand X Method

Unbullyable™ – The Toys of Summer, Part 2 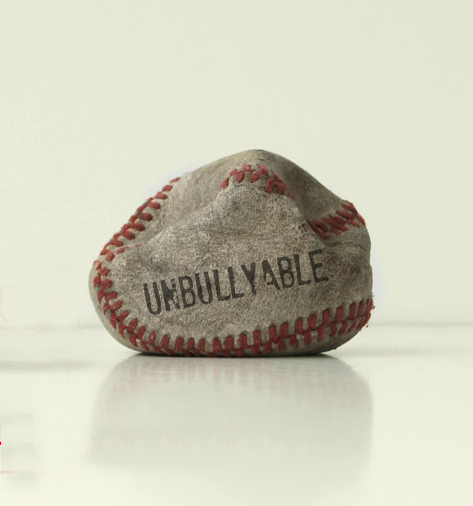 In Part 1, I talked about how I opted my son out of joining the Ramona PONY Baseball 14U all-star team when he wasn’t a player in the league. That’s right. I’m the decider. I decided that he was not gonna reclaim the pitcher’s mound like some kind of pseudo General MacSquid. Storm onto the field, an ersatz aristo-squid who thinks he has the pick of the positions simply by virtue of his five-dollar raffle ticket and the existence of a short-sighted PONY rule.

Again, I know the coach, and I know he’s trying to do right by the league and the kids and all of that. But I think that’s exactly the problem: the vast majority of youth coaches are trying to do the “right thing,” but it’s the right thing from the wrong perspective. Where it’s taken for granted that winning is the only desired outcome, which a lot of experts believe is a purely adult perspective where wish fulfillment and other psychodramatic phenomena play out through the kids. Nothing wrong with winning—I mean, it is fun, winning is fun. But in this context where the rules say you can bring in ringers to (supposedly) stack a team, who is it fun for?

(1) Who decided that these high school players be allowed to represent the 14s?
(1a) Did a survey of league players and parents reveal that they supported bringing in ringers to be their champions?
(2) Did that same survey indicate that having outside kids represent the league would be fun for league players and parents?
(3) Who decided that, as the coach put it, the wonderful memories awaiting a 14-year-old playing on the all-star team in his final year of eligibility* should be gifted to my kid and other outsiders rather than the 14-year-old league members who are also in their final year?

Given that there were limited spots open on the high school JV team, we gave the Squid a choice: high school or rec league. Without hesitation he wanted to try to make the JV team. After all, making the high school team was a major step on his quest to become the greatest shortstop** in New York Yankee history (yes, we’re being tongue-in-cheek). When the Squid learned that he’d made the JV baseball team he was so stoked that he called to tell me; he never calls to share news. That he was so happy about earning a spot made me happy. As far as we’re concerned it’s time he moves onward and upward. Meaning his next goal is earning a spot on the varsity team, which is probably two years off. A couple of parents of JV players who’ll be participating on the rec all-star team asked me if the Squid was going to play too. Gotta bit of a down vibe when I told them no. DGAF.

* Yes, I’m aware that PONY baseball has older divisions, but Ramona’s league doesn’t offer them (in part, or maybe mostly, because not enough kids are interested).
** When the Squid first made the travel baseball team, we assumed that he would play shortstop (or second base). However, he was put in the outfield. Not only did he learn how to play all three outfield positions, he learned that he preferred the outfield to the infield and that he was a better outfielder than infielder. So he went into JV baseball expecting to play outfield (and pitch). He only plays shortstop. Go figure.