Unbullyable™ – The “Select Model” in Youth Baseball and Other Bullsh!t, Part 1 of 3 – The Brand X Method

Unbullyable™ – The “Select Model” in Youth Baseball and Other Bullsh!t, Part 1 of 3 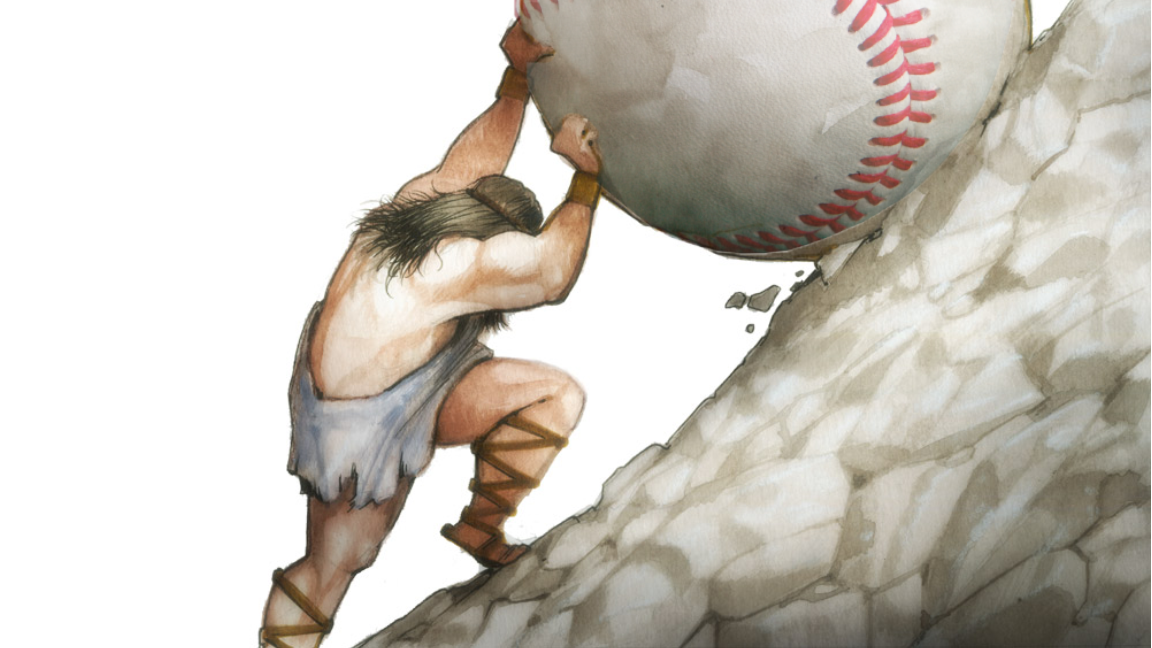 This short video came to my awareness by way of a Facebook friend of a Facebook friend (FBFoaFBF) and the arcane six-degrees-of-Kevin-Bacon social media logic that bloats my feed with an unending attentional tapeworm of strangers’ posts. However, this time, rather than self-righteous semi-clever memes or like-me humble brags about their children’s sports or academic or artistic heroics or the results of dubious dork-ass surveys that peg you for this or that superhero/god/GoT character, the worm gobbled my attention because the FBFoaFBF’s lead-in comment threw shade at everybody’s favorite boogeyman (or do I say boogeyperson?), the participation trophy.

Several months ago, I chatted about participation trophies and although some people think I’m full of shit, I continue to believe these tchotchkes are little more than accidental golems animated by the very adults critical of them. The FBFoaFBF’s lead-in snark pulled me into a two-minute excerpt from what appears to be a postgame press conference with University of Louisiana head baseball coach Tony Robichaux.

Coach Robichaux, who seems like a no-frills, no-bullshit baseball guy, is discussing one of his ball players who apparently came in off the bench and got a hit of some kind, possibly in the clutch or in some other circumstances that helped the Ragin’ Cajuns win. The gist was that the kid, apparently one who hadn’t seen much playing time, made the most of this opportunity by “doing some damage.” That’s one of the coolest things in sports—the bench player who steps up in a rare opportunity and performs well. But what elevated this snippet to viral status was Coach Robichaux’s distaste for what he terms “Daddy Ball.” For Robichaux this specifically means the “select model” in youth baseball.

He’s talking about travel ball, and apparently in particular, the proliferation of teams created by disgruntled fathers looking to ensure uninterrupted playing time—and I suppose stardom—for their kids (a sort of “pay-to-play” scheme). I’ve seen such a thing once. Two dads griping about the all-star team their kids were on. Their boys weren’t playing and that sucked. So these two dads decided to form their own team with their sons as the centerpieces. Over the course of a couple of months, I listened to them excitedly discuss finances, and especially the uniforms, which seemed really important to them. They managed to build a team and take it “down the hill” where they participated in a couple of leagues. They got crushed just about every game (but they looked good doing it). After six months or so, the team disbanded. Not sure what happened to one of the kids (moved out of Ramona, I think), but the other one quit baseball soon after.

The problem as Robichaux sees it is that Daddy Ball doesn’t teach young players how to “work while they wait.” That is, kids don’t learn how to properly sit the bench. Coach Robichaux says that at every level above the select model level, from high school to the pros, players must sit the bench—that is, they must wait for their chance to play, and for him the legit players use that time to work on their game so they’re ready to do some damage when that chance arrives. But younger kids don’t learn that these days because, Robichaux suggests, the select model guarantees playing time for all. According to Robichaux, when these kids make it to high school and have to sit the bench, rather than work while they wait, they get disillusioned and quit.*

I see some of what Robichaux is getting at. The travel/club team concept is built on a win-now mentality and a distorted (adult) perception of the purpose of sports for kids. Faux elite travel teams professionalize youth sports and hollow out the idea of elite while undermining local rec leagues. They promote early specialization and year-round focus on a single sport, which every expert that I have ever read or heard has decried as an injury risk and/or wrong-headed for real athletic development. They offer an adult training/competition environment packaged as “elite” youth training. Despite tons of earnest lip service paid to the idea that losing can be a great learning experience, adults actually believe that (their) kids must win to learn how to win, and the only way to win is to put the best team out there. So the early bloomers and obvious stars are deified. Fuck the rest. Either you climb the pyramid to the zenith or your heart is cut out along the way and you’re sacrificed to the pantheon of the glorious W.

Warriors not Worriers
I’m thinking that what people found so compelling about the video clip is that Robichaux appeals to the same outrage that fuels the pious hatred for participation trophies.

Kids shouldn’t be handed playing time simply for showing up and especially not because daddy built a team for them.
Life is unfair; some kids deserve to play, others do not.
Kids should learn the value of hard work.
If you want game time, work hard and earn the right to be out there.

Coach Robichaux wants warriors not worriers. That’s slick, right? For a t-shirt, a gym wall, a meme appearing in your Facebook feed like a random gauntlet flung at your feet. He wants players who don’t worry about shit, but instead fuck shit up. He wants his bench players to work while they wait for their opportunities. Warriors with work ethics. Fire and focus. Passion and prep. That’s exactly what I would want. If I was coaching high school or, as in Robichaux’s case, collegiate baseball.

But Robichaux says that, basically, the kids are ruined before they get to high school because Daddy Ball doesn’t create warriors with work ethics. Should preadolescents possess this kind of work ethic? Should kids accept the idea that they must bust their asses during practices and sit the bench during games because they aren’t (yet) good enough to play? Many adults think so. Who doesn’t want their children to develop a robust work ethic, to taste the fruit of their own toil and sweat and find it delectable? Work ethic is so old school, so unassailable as a bedrock character trait. A personal and social good.

How many children and preteens are willing to buckle down like that? How many kids wanna nose-to-the-grindstone it for their sports? What parent wouldn’t pay good money to watch their kid practice hard during the week and ride the pine on the weekend? Anyone, I guess, who buys into the flawed “10,000-hour rule” and its dubious connection to Ericsson’s notion of deliberate practice.

Except, do parents actually teach their kids how to have fun with sports?

Fuck do I know? All I know is that I tried and failed. I’ll pick this up in Part 2.

* Thing is, I don’t see Robichaux lamenting the loss of potential talent or a kid’s love of the game. He just seems annoyed.