Unbullyable™ – The Missing Link: In Search of the Development Unicorn, Part 2 – The Brand X Method

Unbullyable™ – The Missing Link: In Search of the Development Unicorn, Part 2

Last week, I scratched the surface on the topic of athletic development. I’d like to continue the monologue and scrape a little deeper.  Oh, what? Am I boring you? Are you fixing to click over to some bullshit rehash promising the five essential tips for increasing your deadlift? Well, if you stick with me, at the end of all this, I promise to list the top five ways to guarantee elite athleticism.

Between here and there I want to (today) talk more about athletic development modeling and (next time) discuss what I see as a critical disconnect in even a seemingly decent development program such as my son’s basketball academy* and—because I think this needs to be clarified—why the Brand X Method™ rejects thinking in terms of athletic development.

One observation I’ve made in all of my hunting around for information on athletic development is that some researchers often run studies together and publish together. Sometimes they strike me more as cliques than as colleagues. The researchers that recently proposed the Composite Youth Development (CYD) model seem part of one such group. This group does a lot of interesting work in pediatric exercise science, including many intriguing studies on the whats, whys, and what-to-dos of youth noncontact ACL injuries. Also, Avery D. Faigenbaum stands as a key scientific influence on the early development of Jeff and Mikki Martin’s CrossFit Kids methodology. There’s a lot to learn from this group’s body of work, so it’s no surprise that there’s some good stuff in the above-linked article too.

In presenting their CYD model, which is a synthesis of several models, including Lloyd and Oliver’s Youth Physical Development model, they tend toward cliquish when they remain fixated on trash talking Balyi’s LTAD model. Their criticisms are definitely worth considering, but, like I said, last week, Balyi addressed some of them in his 2013 expansion and update. However, it’s possible that these guys would like their model to be adopted by as many national sports associations and governing bodies as Balyi’s and are doing what they can to get noticed. I would think that’s the goal here: implementation.

Anybody interested in this stuff should check out the CYD model. Lloyd et al. opted for “composite” as part of its name for a reason, I think (a little CYA for the CYD?). They want it to be a one-stop-shop template. It’s definitely a composite, but it’s not comprehensive, and I gather the authors don’t want you to confuse the two even though they’re trying to cover every dimension of youth development. From down here in the trenches, I think it’s missing a key component. Maybe the key component.

These dudes (and one dudette) published a Part Two simultaneously wherein they recommend possible solutions to problems plaguing the world of youth athletics:

Of course, they’re pushing their CYD model, and why not? But you gotta check this out: they also advocate early engagement with something called integrative neuromuscular training, a term I first ran into here (worth reading) and which in my mind is a fancy way of saying the Brand X Method™. In fact, most of their suggestions point to the Brand X Method™. You’d think that was a cool thing. We have what they’re calling for. Except that they don’t seem aware of it, or maybe don’t care to acknowledge it.

… look at Lloyd et al.’s final section in Part 2, which is headered, “Need for an Internationally Recognized Youth Training Certification.” Three of these authors touched on this topic in 2013, so it’s something they’ve been on about for a little while now. In 2008, Jeff and Mikki Martin created the CrossFit Kids Training Course. Since then, thousands and thousands of people worldwide have attended the course. No, it’s not an internationally (or even nationally) recognized certification as in sanctioned by a governing body (eg, ANSI or ISO), but if you’ve been calling for this kind of certification for at least a couple of years, I’d think you might be aware of the professional development resources currently available, such as the CrossFit Kids Trainer Course. For all of the important work these researchers have produced, Lloyd et al. seem completely oblivious to the CrossFit Kids program**.  You gotta wonder about this. I mean a little, right?

(1) Maybe Lloyd et al. really haven’t heard of CrossFit Kids. If not, why not? That’s an epic disconnect. One that means lost opportunities for us to contribute to and learn from the pediatric exercise knowledge base, and possibly expand our reach when it comes to doing what’s best for kids.
(2) Maybe Lloyd et al. have heard of CrossFit Kids but decided to hell with it because that way madness lies. After all, these researchers have some association with the NSCA, and in case you’re not aware, there’s no love lost between the NSCA and CrossFit Inc. Could the ongoing acrimony chill any motivation to collaborate***?

On more than one occasion back when we were involved, CrossFit Kids got pissed on by ignorant-ass haters who seemed more contemptuous toward CrossFit than toward any actual aspect of our program. People hate CrossFit Inc. and the whole thing is fucking tedious to dwell on. Suffice to say that as part of CrossFit, I often felt that the fitness establishment dismissed us as not to be taken seriously, which, come to think of it, sounds a bit like our dealings with CrossFit HQ….

But we’re no longer associated with CrossFit Kids, so we have the chance to connect with researchers and practitioners without the burden of any albatross. At the very least, we can maybe gain some insight into what’s really under the hood of some of these models and share what we’ve learned from our experience training hundreds of kids. Because as I stated above, these models are missing something critical.

The CYD, for example, presents all of the areas of focus that ought to be addressed during childhood and adolescence but offers nothing in way of how to get after that multifaceted goal. As the Brand X Method™, and with more than a decade of proof in practice, we have a pretty good idea as to how to actually program for the long-term development of physical literacy and physical fitness and to instill a lifelong love of pursuing both. On top of that, our commitment to continuing education means we’re always open to improving our practice; we take for granted that our training methods will evolve over time. That’s one reason why we are leery of simply adopting a model. They have the potential to lock practitioners into a single way of doing things.

That said, the potential I see in a collaboration between Brand X and a group of open-minded researchers could advance the field of pediatric exercise science with far-reaching impact. I see the Brand X Method™ as the missing link between necessarily simplistic models of athletic development and the actual realization of sustained athleticism and well-being for kids.

Smooth shapes are very rare in the wild but extremely important in the ivory tower and the factory. – Benoit Mandelbrot

* By the way, the term “academy” makes me think of puffed up little gits in Angus Young schoolboy unis. Club sounds a little better; got a bit of a Wild One undertone, you know? Imagine Sonny Barger trying to recruit new blood to his motorcycle academy, or some wannabe saying, “I run my shit like an outlaw motorcycle academy.” Not quite the same ring.
** The IYCA put out a series of “certifications” and there are probably other entities that do as well. Maybe there’s been some communication between the authors and these organizations. I don’t know.
*** In 2013, Jeff and Mikki had business in the UK. Jeff thought it meant a golden opportunity to meet with Drs. Lloyd and Oliver to discuss their Youth Physical Development Model. Jeff sent several emails introducing himself and CrossFit Kids and was met with silence. I can only speculate as to why. 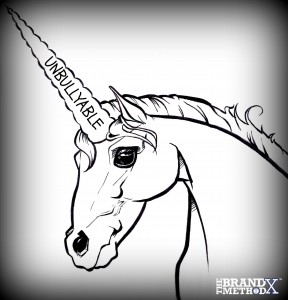