Unbullyable™ – The Lowdown on the Showdown, Part 3: Stay Strong… – The Brand X Method

Unbullyable™ – The Lowdown on the Showdown, Part 3: Stay Strong… 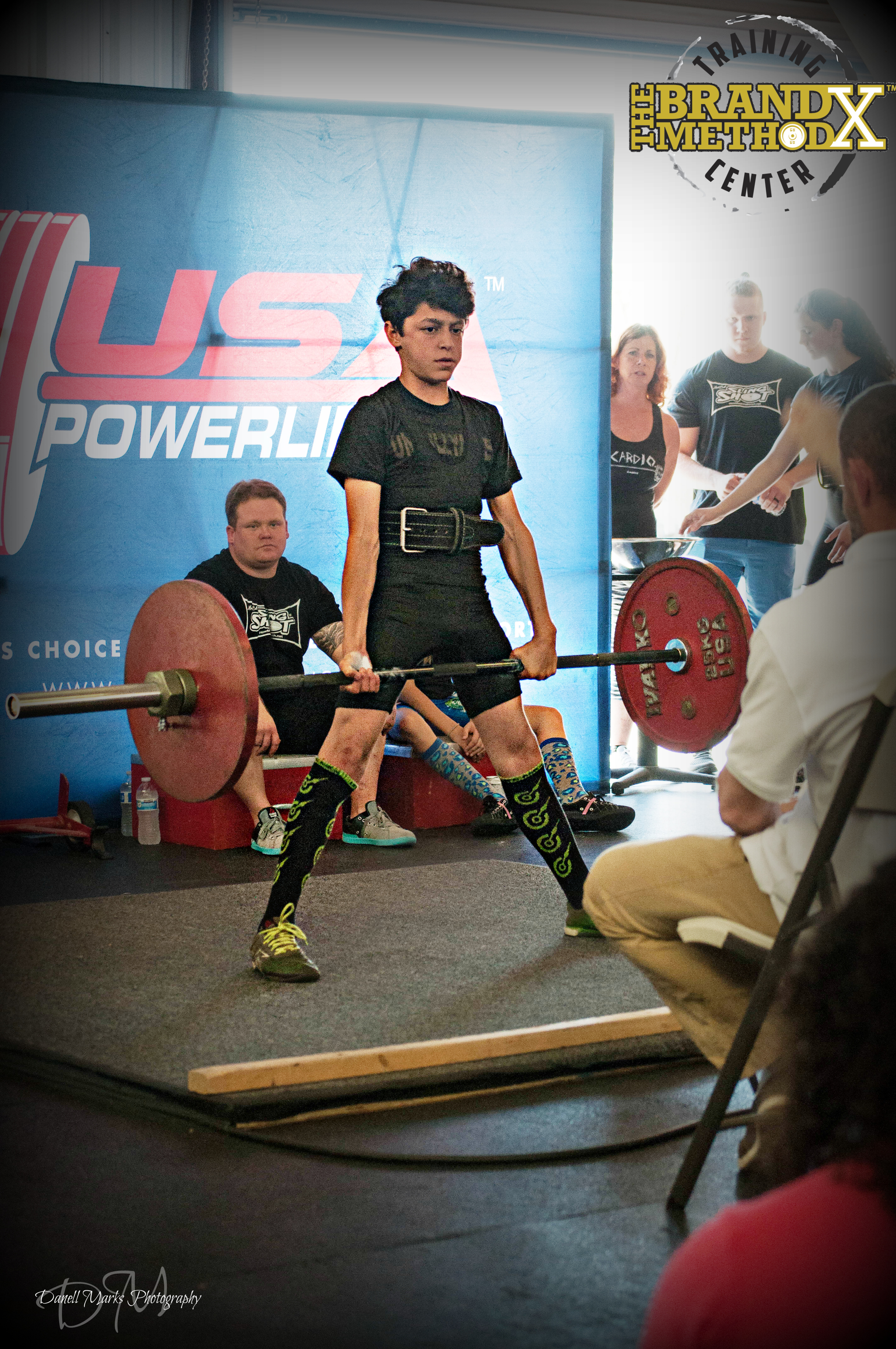 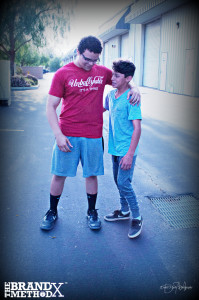 My kid, the Squid, loves powerlifting. He doesn’t look like your typical powerlifter, but few TBXM™ lifters do. When he told his baseball coach that he would be missing a game for a powerlifting meet, the coach gave the smallest kid on the team a dubious sidewise once over. Not the first time he’s been underestimated, dismissed even, won’t be the last (one of my goals is to help him learn how to leverage the undersquid label against his opponents)

He’d been looking forward to the Brand X Showdown for months. Over that time, my kid’s ability to train at Brand X was limited by his basketball and now baseball. In-season program attrition is a common occurrence among youth clients, and it’s driven by the magical thinking prevalent in our youth sports culture that daily sports-specific training is the only training that improves sports performance, as well as the ancillary thought among many sports-specific youth coaches that they don’t need no stinkin’ strength-and-conditioning expert to train their teams.

This tension between coaching fields could be a vexing tug of war between coaches with the kid as the rope. Sad fact is that, given entrenched beliefs, most often, there’s no war at all; the kids simply disappear from the gym during their seasons because that’s the taken-for-granted course of action to their parents, their coaches, and, by extension, them.

Squid and I managed to squeeze in most of his lifting sessions and some conditioning and I knew that, although he was not at his peak for the meet, he was prepared well enough to at least beat his total from the 2015 State Championships, which would show that he’d made a lot of progress. But about a week and a half prior to the meet, he got sick—knocked on his ass. He missed school and training sessions, and required antibiotics. He lost over 6 pounds, which is a lot when you weigh just about a buck. Although healthy enough to participate in the meet, and excited for it, he was definitely off his game and lifted poorly.

You ever have one of those platform sessions when your warm-up sets feel like barbell-shaped black holes? I have and I usually just shift gears for the day. Can’t do that at a meet; the objective is three one-rep attempts per lift, each heavier than the last. As I watched the Squid struggle, it made me think of one of those nightmare where something’s chasing you and no matter how hard you try, you just can’t run away. For the Squid, the monster coming after him had three red lights for eyes and he was stuck in a quagmire of heavy gravity. But was he bummed?

Well, fuck, dude. Yeah, he was. Frustrated, angry, disappointed. Close to tears. But you know what? Two things:

(1) Instead of wrapping himself in a cloak of self-pity, he kept cheering on his teammates who were each having a phenomenal meet.(2) Near the end of the meet, he told me with a big smile that after watching Bear stand and deliver, he was ready to start training for the next time, that Bear helped him not feel so bad anymore.

Although Bear is 17 and the Squid is 14, which is eons apart for teens, they are, in fact, super close. Like brother close. 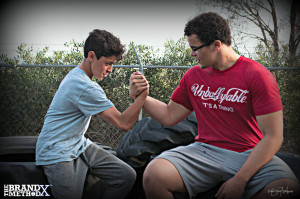 Frankly, Bear has become a part of our family, and, given our own recent trials, we’re much better for it. It’s so significant to me that Bear and the Squid met and developed their friendship in the TBXM™ teen program. It’s a culture thing. Unlike other team situations my son is involved with where the older kids show zero leadership and knock down their younger teammates, the culture of our program fosters friendships like this. That culture is a blend of careful coaching, enthused kids, and supportive parents and I think it’s as important to the program as our obsession with movement.

Yes, impressive numbers certainly do come with the right kind of work, but the numbers never tell the whole story. They shouldn’t, and if they do, then the story is incomplete. The Brand X Method™ is telling an epic story.