A few weeks ago the Brand X Method posted a statement on our Facebook page about the character of the programming for the 2015 Open’s first workout specifically as it pertained to the (very) newly minted teen division. We said the programming was unsafe and we said why we thought so. Most of the responses were supportive, but, typical of social media, others were less so. Of the latter, there were three species that sounded a bit like this:

The first two are just dimwitted. The third one, well, that’s top-shelf dumbfuckery too; but it did get me thinking. That whole “pot-calling-the-kettle-black” contention. Social media is magical in that it imbues appallingly ignorant commentary with sham credibility that has the potential to crystallize into accepted truth, so I feel obliged to talk a little bit about the place of safety in the Brand X Teen Gauntlet.

The Shadow of Right and Truth

To begin—in the event that you’re brain dead—let’s get this out there: Participation in sports and other physical activities carries the risk of getting hurt.

From scuffs and bruises to bone breaks and death—we all know this, and some might even suggest that the possibility of bodily harm while engaged in certain activities adds to their appeal. However, accepting that there’s a possibility for injury doesn’t mean we, as organizers of youth sporting events, are free from taking every reasonable precaution to not only ensure athlete safety but to encourage kids’ lifelong participation in sports and other physical activity by helping to keep them in the game.

For years now people joked (or not) that CrossFit was cultlike owing to the fanaticism of its participants. Glassman’s program delivered tangible results many had never experienced before and, simply put, people were so overwhelmed by their experience they were compelled to, well, proselytize seems apt. Couple this zealotry with Glassman’s insistence that his headquarters maintain a light touch when it came to how affiliates conducted their affairs and we began to see all manner of fitness competitions, challenges, throwdowns, and box battles pop up as a way for the acolytes to get their fair taste of the Sport of Fitness, which appeared to be increasingly more important to CrossFit Inc.’s public face.

Over time, these affiliate-driven competitions seemed less and less about legitimately testing fitness capacities and more and more about trashing participants in ever more ridiculous ways. This rampant stupidity is one factor leading to the appearance of social media mockery, for example, this and this, and more staid commentary, for example, this, this, and CrossFit gadfly Patrick McCarty’s blog. In light of the Brand X Method statement regarding Open workout 15.1/1A and the response it netted, McCarty’s recent blog post was timely.

The Martins always acknowledged that teens loved to compete, and they recognized early on that teens were attracted to the glitz of the Games. As I said here, the Martins felt that it was their obligation as the founders of CrossFit Kids to take a lead on developing best safety practices for youth fitness competitions when it became clear that these events resembled adult comps and there was little indication that the organizers had an inkling of the pertinent complexities of the special population they were marketing to.

CrossFit-style or CrossFit-inspired or CrossFit-imitative or sanctioned CrossFit Inc. fitness comps constitute a relatively new sport variety. Anybody with a passing interest in sports history or who has been alive for a few decades knows that sports evolve. We’re at the very outset of this new activity and if it doesn’t fizzle and die, it’s bound to change. The Brand X Teen Gauntlet represents our ongoing project to develop a youth competition in keeping with the Brand X Method’s mission to do what’s best for kids. Since 2011, we have evolved how we approach a fledgling sport particularly given the context of a win-now mentality creeping into the youth segment of the CrossFit community.

(1) We treat competition as a training tool. The Gauntlet is a periodic test for coaches and athletes to use for evaluative purposes. In practical terms that’s all it should ever be: an opportunity to assess current athlete capacity and the need to adjust programming moving forward. Remember, we the coaches and parents have the authority to characterize the purpose and value of competition for our kids; that is, we define the meaning of success for young athletes during training.

I view this as a two-sided project: top-down (organizer) and bottom-up (parent/coach) leadership with both sides meeting in the middle where the youth athletes stand. To wax a little saccharine, this is a kind of protective embrace that can make it okay to have wins and losses because that aspect of the competition becomes secondary to more concrete considerations of whether the athlete moved well or made solid tactical decisions. It also creates a safe place for young athletes to take performance risks they might not otherwise be willing to take. A safe but challenging environment places kids at the “edge of stability” and coaxes constant behavior adaptation and performance increases.1 When young athletes learn that the world doesn’t end if they try and fail during competition, then those competitive moments have genuine value, and we’re putting those kids on the road to becoming true competitors for those moments when it might actually matter.

There was so little information available on just what the Open teen division entailed, on what the organizers expected in way of athlete capacity, that you have to be a Class A fucktard to think you’ve somehow refuted our position on 15.1/15.1a by stating that kids shouldn’t’ve registered for the Open if they couldn’t handle the weights.

(3) The Brand X Method defines its divisions in terms of athlete capacity. Together with our freely available daily programming, this allows coaches and athletes to decide which division they’re best prepared for, whether they need to revise their training, or whether they should anticipate scaling prior to registering. If you’re not sure, just contact us; we’ve offered guidance to a lot of coaches. The intention is to avoid discouraging athletes with insurmountable tasks they aren’t ready for and to provide a safe environment in which they can maximize the productive value of this training component.

Here are the general Gauntlet division expectations (these have been in place for years):

Although we delimit our divisions by chronological age, it has very little bearing on where we place kids when it comes to scaling; consistently good, ie, safe, movement is the primary consideration. Depending on a 14-year-old’s capacity, he or she might belong in any one of these three divisions. Challenging our stance on 15.1/1a by crowing about your kid’s ability to snatch over 200 pounds was a waste of everyone’s time. We know that high-performing teen athletes are out there. Over the last decade we’ve seen our share. We have a few in our own gym right now. Our concern in this case was not directed at top-end athletes, and as the Gauntlet division guidelines indicate, we generally expect the top-end to handle the adult prescription. We wanted coaches and parents to take care with the overexcited entry-level kids who registered for the Open without a clear picture of what they were getting into.

So was our barbell complex in the February Gauntlet unsafe? Trollish comments attempted to put us in our place by questioning the safety of making kids lift a 135-pound (or 95-pound for female) barbell for 12 unbroken reps in order to score. The loads they cited were for the Varsity division, and have been prescribed for top-end teens in our freely accessible daily programming for several years. Novice division represents the Gauntlet’s entry level, which, again, was the focus of our concern regarding 15.1/1a; the prescribed loads for the Gauntlet Novice division were 45 pounds and 35 pounds.

To the commentators who contended we were somehow “forcing” kids to do this: shame on you. Do your job as a guardian of minors and get a clue about what you’re involving them in.

(5) The Martins have always cast a critical eye on their work and have remained wide open to meaningful critique, learning new things, and applying better ideas. That was crucial to the founding and development of CrossFit Kids and remains vital to the Brand X Method. Thus, when they set out to create a safe competitive event for a new sport, they took for granted that it would be a work in progress; there would be learning, and changes would be made. Making adjustments over time came easy. Here are some of the key safety features of the Brand X Teen Gauntlet:

Quality Is a Habit

Part of the ongoing evolution of the Brand X Method includes us becoming the flagship for a network of likeminded coaches, trainers, and teachers who will come together as Brand X Method Training Centers. Among many other things, this association is meant to generate a continuous collective effort to expand and improve knowledge and practice and begin the process of creating that protective embrace. This also means that Brand X has assumed responsibility to take the lead in articulating positions on issues of direct import to the safety and longevity of young participants under the care of our Training Centers.

If you have a valid criticism or comment on this, feel free to post it here. Of course, half-baked troll bullshit is welcome too. 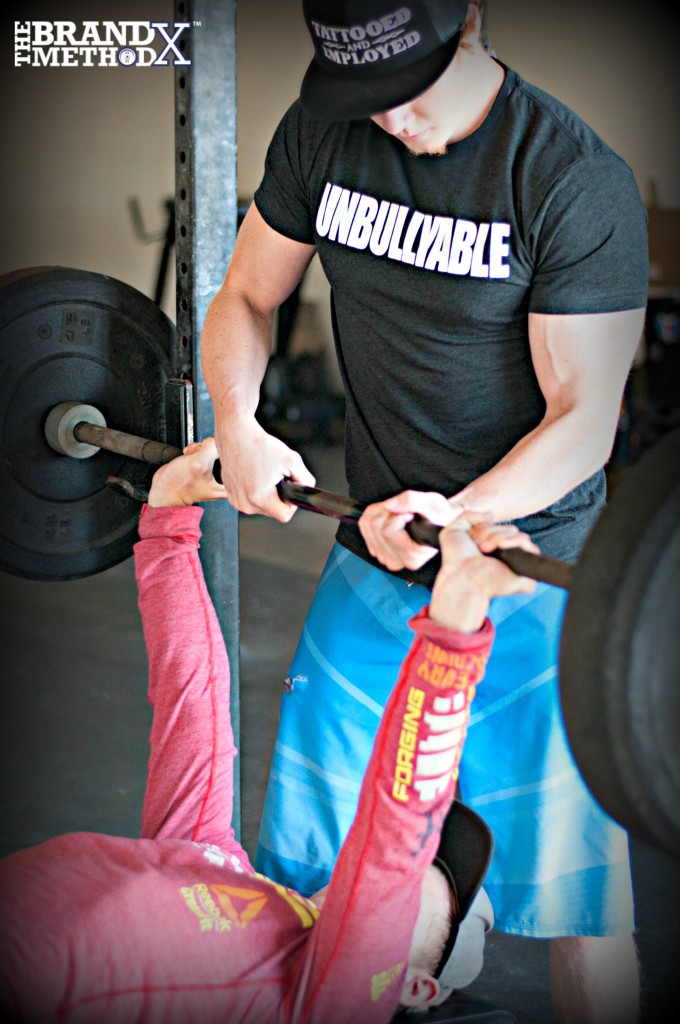