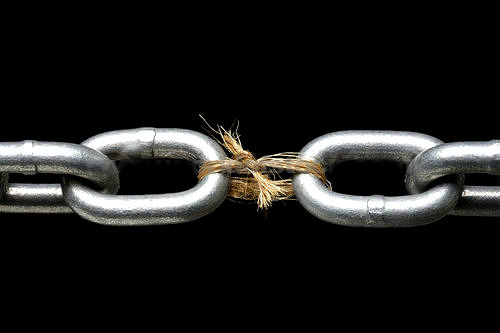 While trying to find information on the value, if any, of bench press for baseball pitching I ran across some stuff about pro pitcher Tim Lincecum. For those who may not be familiar with Lincecum, he has pitched in the Majors since 2007. He won the Cy Young Award (which is like a participation trophy but for participating better than the other pitchers) in 2008 and 2009, and he helped the San Francisco Giants win three World Series. He’s listed at 5’11” (sometimes 5’10”) and 170 pounds. Pro pitchers are typically 6’2”+ and 200+ pounds, meaning that Tim Lincecum is a Major League squid. His pitching velocity has been clocked at 95+ mph, which is why he’s been referred to as The Freak.

Tim’s velocity has been attributed to highly efficient mechanics manifest in an unconventional pitching delivery. His mechanics have been attributed to his father, Chris. In a nutshell, Chris taught Tim how to maximize power generation by using his “entire body,” with his arm acting as a whip at the end of the delivery. I guess I say, “duh,” to that, but Chris says that the core-to-extremity principle is not applied much among Major League pitchers. Could it be that big-ass pitchers throw hard enough without ever having to throw efficiently? Could that be why so many go down with shoulder and arm injuries? Chris also says that most pro pitchers last four to seven years, while Tim has played ten years. Fair enough, but here’s where things get… interesting.

Although Chris Lincecum thinks power is the key to pitching velocity, he is not an advocate of weight training because, according to Ryan Mills, strength is unimportant for pitching, which is an explosive activity.

Da fuck? Last time I checked strength was a critical ingredient in power.

I’ve heard Chris Lincecum referred to as a pitching guru, while Mills presents himself online as a pitching expert who has “disagreed with conventional pitching advice for years since studying what sports science research says about baseball pitching.” In 2004, Mills rejected weight training as an unproven means of increasing pitching velocity. Ten years later, he reasserted his position about the unnecessariness of added strength for velocity, arguing that speed is all you need. However, in 2015, he advocated medicine ball training because

I don’t know if Mills changed his mind or what, but isn’t a medicine ball a weighted object and isn’t force another way to say strength? Isn’t this strength training? Maybe he’s against the more “traditional” barbell training. Because here he advocates body weight exercise, which I thought was also strength training. Yet in the same post he advises pitchers, wisely I think, to add external loads only after the movements are mastered, which sounds like weight lifting to me. So I don’t really know where he stands.

What I do know is that after winning back-to-back Cy Young Awards, Tim’s performance tailed off. Along with his velocity. And he injured his back and hip. And the hoopla about Lincecum’s exquisite mechanics didn’t matter to Eric Cressey. Here and here, he offers some observations about Lincecum’s tendency to, among other things, overextend his torso, which, in my mind, could lead to back problems. His hip injury, a labrum tear, could be partly a result of the kind of (over)use seen at the professional level, but I wonder if years of coaxing herculean velocity from his body and the concomitant faulty mechanics helped the tear along.

By contrast, let’s look at Nolan Ryan—one of my all-time favorite pitchers whose strong support for weight training was pissed on by Ryan Mills. Nolan Ryan pitched in the Majors for 27 years. He is the all-time strikeout leader with 5,714. Most pro pitchers don’t throw a single no hitter in their careers; Ryan threw seven, the most all time, his last at age 44 when most Major Leaguers are long out of the game (to be fair, Lincecum has thrown two no hitters, which is as impressive as his back-to-back Cy Youngs). Nolan’s nickname was “the Ryan Express,” thanks to the velocity of his fastball, which he sustained for the entirety of his career. Mills suggests that genetics was the key reason that Nolan Ryan performed as well and for as long as he did, and diminishes if not outright denies any role that weight training played because, he says, every other pitcher who lifted weights should’ve put up numbers like Ryan, but didn’t.

This is what I think:

Tim Lincecum is a great pitcher and has accomplished great things. His success is encouraging because it demonstrates that with appropriate hard work (and genetics) a little squid can run with big dogs. It remains to be seen whether Lincecum can reverse his downward trajectory. I hope so.

I totally agree that pitching is an explosive activity that requires power expressed through specific, consistently executed mechanics, and that speed is critical to this. But strength is also critical to power generation, and strength is critical to stability, agility, and injury prevention. I have to wonder just how magnificent Lincecum could’ve been had his father complemented his training with a legit strength program. Although Lincecum has outlasted what his dad said was the average career, I wonder how many seasons Tim has left.