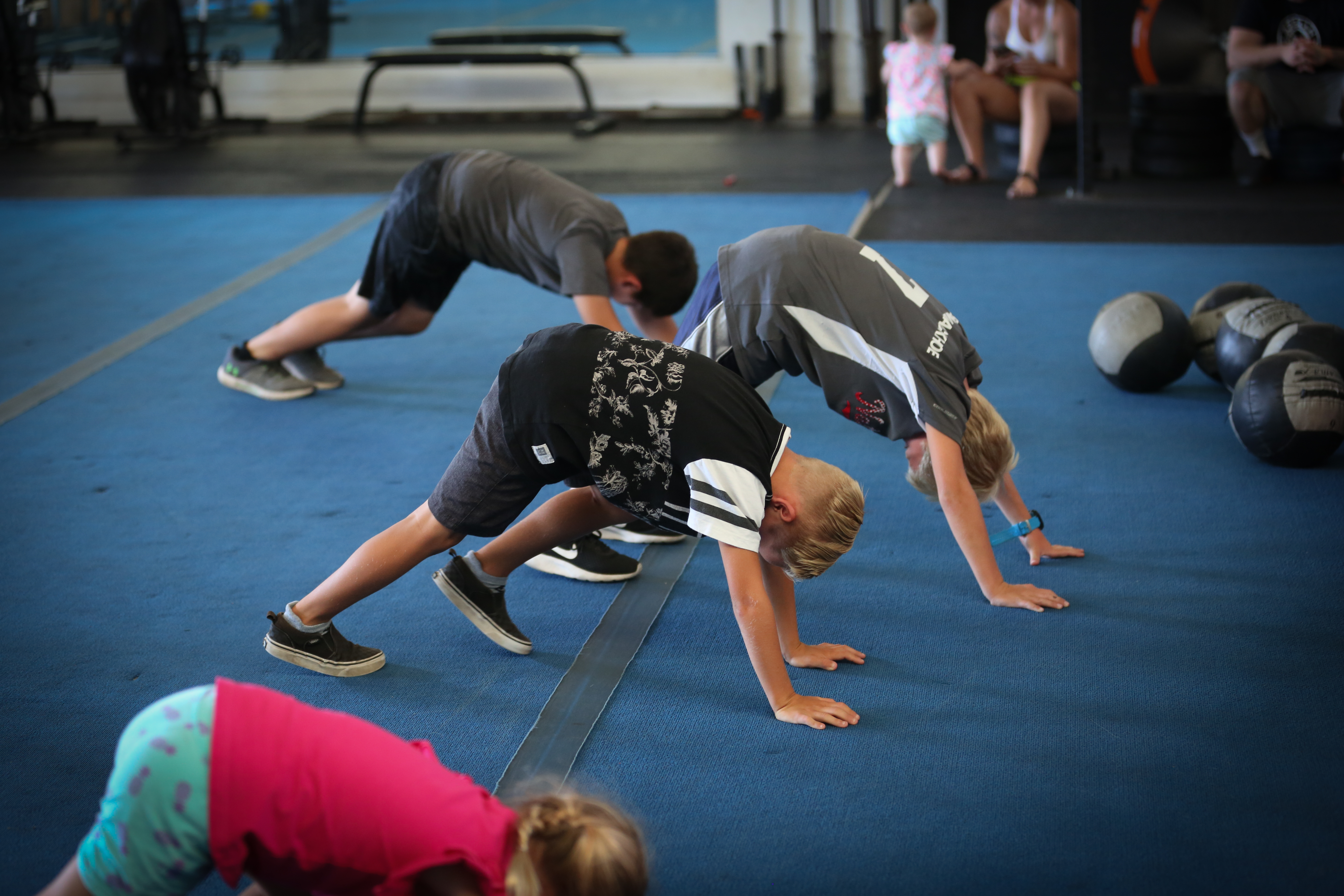 Students are lined up shoulder to shoulder facing the coach and are instructed to carefully mirror coaches movement. If coach takes a step toward the group they take a step back- if coach moves laterally the group moves an equal number of steps laterally in the same direction. Coach should meter speed of movement according to the groups ability to follow.

25 opposite hand to foot touches

Review the difference between floppies and burpees, blocked squats and air squats.

Line tiny pumpkins up at start position, one for each child Bear Crawl 10 m

Add a dot or line to your pumpkin each round

* everyone takes home a pumpkin today

Use medium pumpkins staged at cones, players perform 5 squats over the pumpkin then move to another cone. Standard rules of tag apply between cones, players must move from cone immediately after completing squats and are only safe while squatting/moving at a cone.

This game will reinforce the basic concept that movement is safer than lack of movement. In the original version we used jump boxes; however, many other movements or exercises can be used, such as blocked squats, HPC, hurdle hops, push-ups, frog stands, etc. Within an area of at least 10 meters x 10 meters, play a traditional game of tag with trainer/teacher selecting the first player to be “It.” All other players run from “It” to avoid being tagged and will attempt to complete up to 3 reps of the designated movement at any cone. Players must leave the cone after 1-3 reps. Players may not be tagged while completing the ROM for the exercise. Place the cones at least 4 feet apart from each other. Discuss with the players that movement pace must be normal and stalling or stopping does not make them immune from tagging.