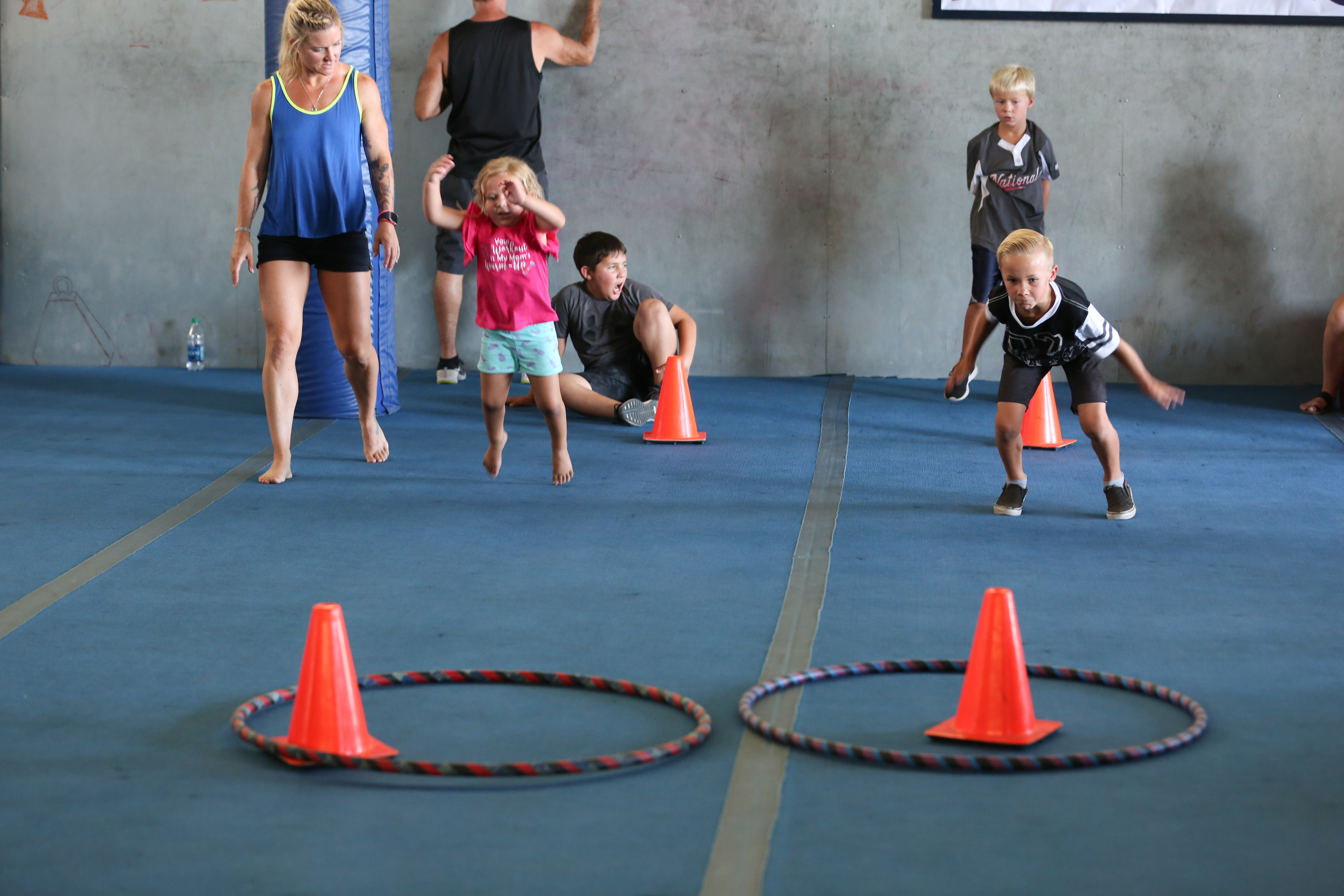 Prepare
Play Med Ball Throw and Floppy
This is a cooperative-challenge game, With the goal of having the longest rally
Players face each other and stand at least two meters apart,as soon as the ball is released the player does a floppy. Play continues until either player misses the catch to move their feet to make the catch. * This should be considered a thruster ball throw- more vertical with a high arc throw to give more time to the player doing the floppy to come up and catch the ball. Timing is critical. Players cannot hold the ball and must begin to squat as soon as they catch the ball. Therefore, they need to regulate the speed of the squat so that their partner has completed the floppy and is ready to catch the ball.

Movement Practice
Practice air Squat at box and correct partner facing position as needed, distance from box, etc. Remind class that depth is not primary, rather good position is.

Work- Play
Partner facing goblet squats, partners on opposite sides of a box, toes no farther than 6” from box, adjust speed and load for each according to ability to maintain position at box without falling back or losing position.
4x
15 (partner facing) Box Goblet Squats (unloaded goblet position to 10#db)
10 Box Hurdles
10 Single leg Hops, each leg