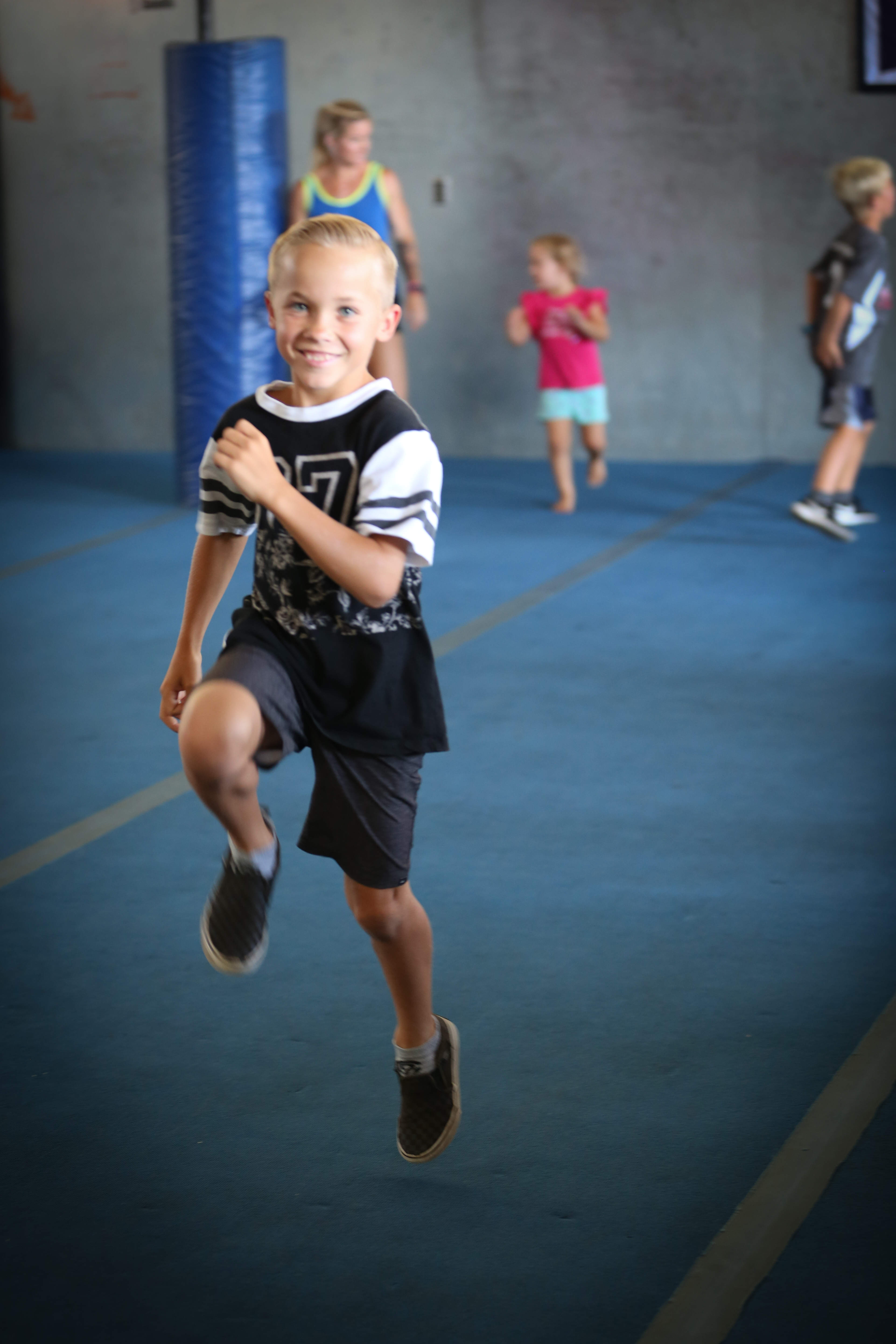 Play “Simon Says” using Blocked Squat, Front Squat and Floppies
Simon Says (or Simple Simon Says) is a game run by a Coach and two or more
players. In this instance, Coach takes the role of “Simon” and issues instructions to the
other players, which should be followed only when prefaced with the phrase “Simon
says”. Players are either eliminated from the game or issued an exercise – by either
following instructions that are not immediately preceded by the phrase, or by failing to
follow an instruction which does include the phrase “Simon says”. It is the ability to
distinguish between genuine and fake commands, and movement practice that we are
emphasizing in this version.

Practice
Ring Rows from standing, review external rotation and thumbs out, elbows in with arms
hanging at the sides, and associated “pinched” scaps. Cue “pinch your shoulders
together” and provide tactical cue between the shoulders. Once this is understood
demonstrate at the rings lowered to a moderate level such that kids may hold a plank,
or with knees bent in ½ plank while holding the Rings. Show and discuss start and
pause – reset-position between with “shoulders pinched” scaps engaged. Show the
reverse relaxed position, simply hanging with no “Muscles On”.

Game
Play Catch the Bomb /Avoid the Bomb
Within a 10-meter x 10-meter space, using 1 hula hoop or large bucket and 1 Gator
Skin ball per child. Each player takes a turn being the catcher and uses the hula hoop
(carried horizontally) or bucket to “catch the bombs.” “Bombs” are Gator Skin balls
thrown by all other players in the field toward the catcher. Bomb throwers should be
scattered around the playing field to keep the catcher constantly moving. Players rotate
being catcher every 45 seconds to 1 minute on trainer/teacher cue. Alternative version
is to have the hoop holder avoiding the bombs